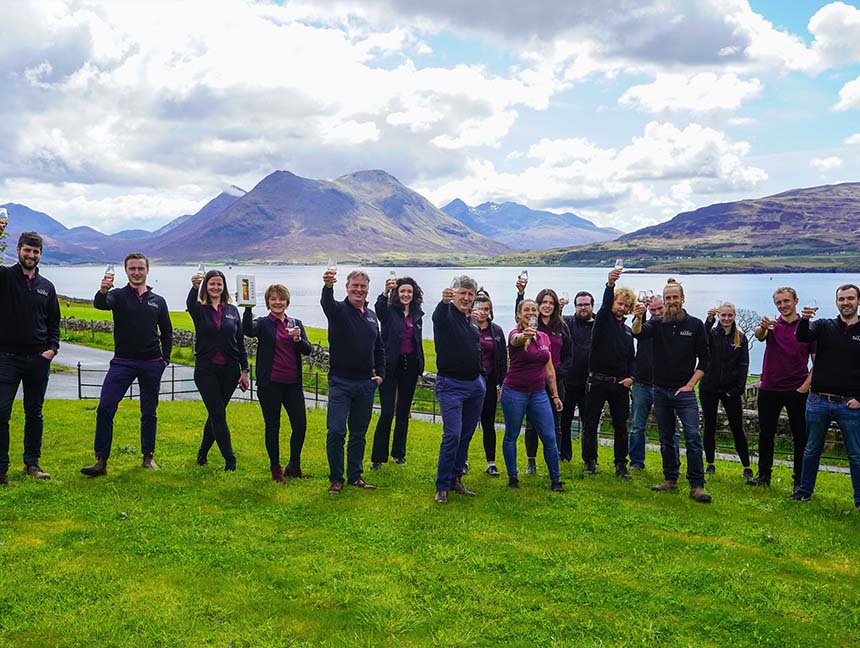 Co-founders Bill Dobbie and Alasdair Day first met in 2013 and formed R&B Distillers with the common goal of building Scotland’s leading artisanal distiller. Focusing on local production, provenance, quality and doing things differently. By 2015, they had identified the Isle of Raasay as providing the ingredients for the perfect dram, and planning permission to begin work revitalising the Isle of Raasay’s nineteenth century Borodale House into a state-of-the-art distillery, visitor centre, and luxury accommodation was granted in 2016.

Starting with a blank sheet of paper, they set about designing a distillery to create exceptional whisky that develops elegance, complexity, and depth early on in the maturation process and a handcrafted Hebridean gin that encapsulates Raasay’s style, character and impressive geological variety.

Raasay’s remarkable geology, island shores, our modern Scottish island distillery and unique water source inspired both the creation and presentation of the island’s first Scottish gin which was the first legal spirit from Raasay, an island rooted in centuries of illicit distilling.

On 14th September 2017, the Isle of Raasay Distillery opened its doors and spirit was flowing. The island’s first legal distillation had finally taken place. After a night of music, fire, song and dance it was time to introduce our Hebridean spirits to the world.

Since its establishment, the Isle of Raasay Distillery has brought job opportunities to the island, worked closely with other local businesses and become embedded in the island’s tight-knit community. Part of the distillery’s ethos is to produce, mature, bottle and market every drop of spirit directly from the island. This seeks to maximise the influence of the island on the spirit, and the distillery on the island. To quote the inimitable Whisky Writer Dave Broom at our distillery opening: we are not just making alcohol, we are making spirit.

The distillery now employs more than 25 people on the island and the average age of the Raasay workforce is approximately 30 years old. At least one of the employees is about to become a new parent too! An early indicator of creating inter-generational values and making sure this special island of 161 people continues to thrive.

We can’t wait for you to come and visit our wonderful island and enjoy our Hebridean spirits for yourself.

Since opening in 2017, we have picked up various awards, including Tourism Destination of the Year and Best Brand Experience at the Scottish Whisky Awards, as well as a Gold Laurel at the Scottish Hotel Awards. We are proud of what we have achieved so far and cannot wait to see what the future holds. 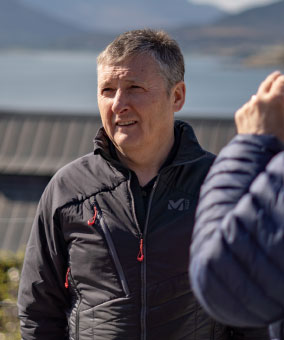 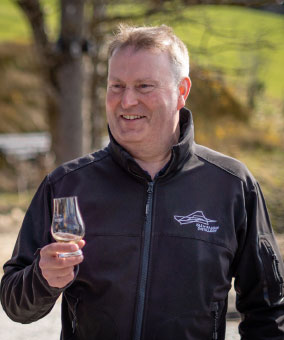 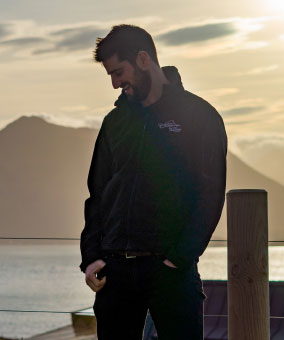 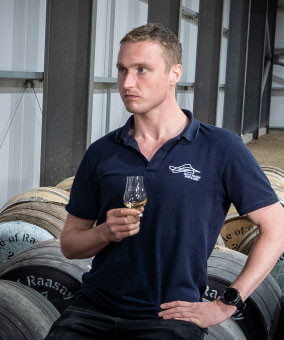 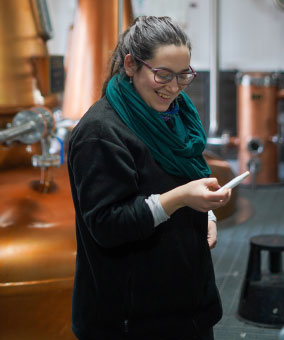 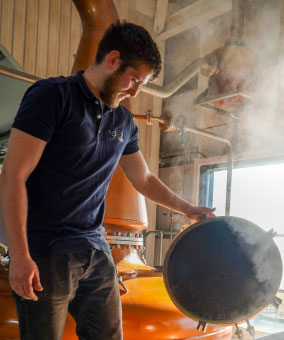 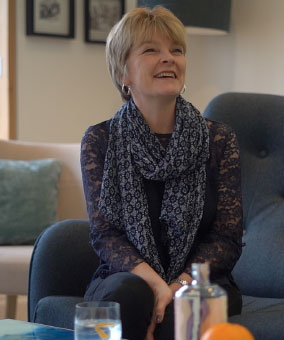 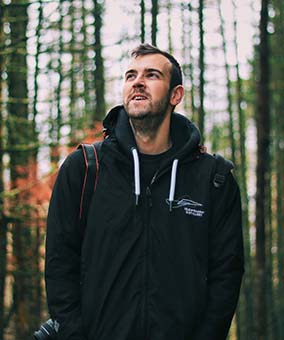 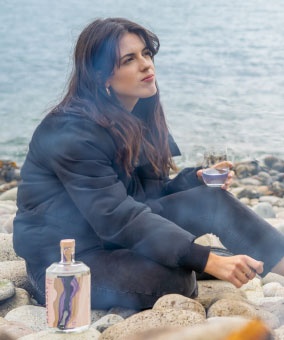 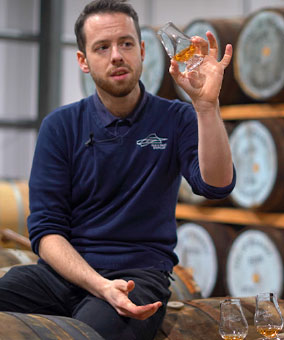 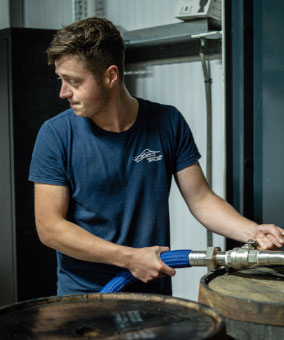 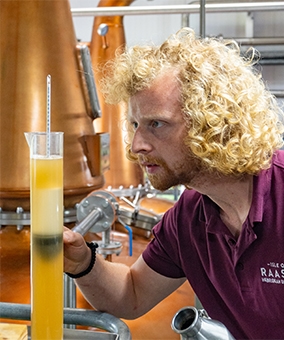 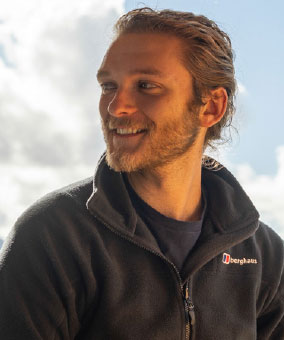 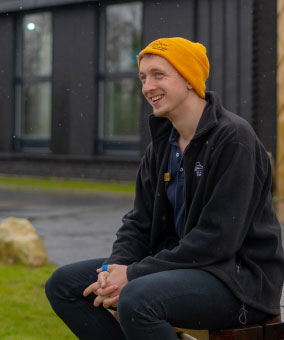 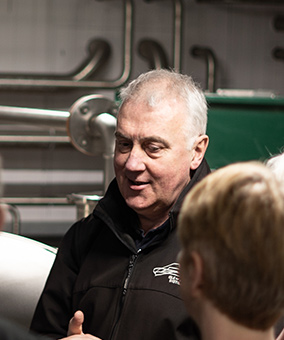 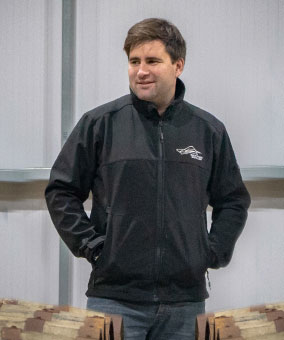 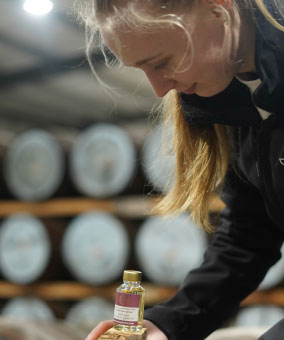 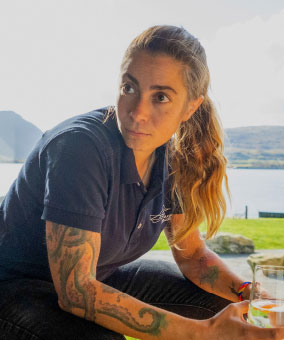 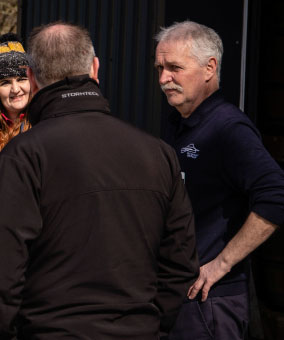 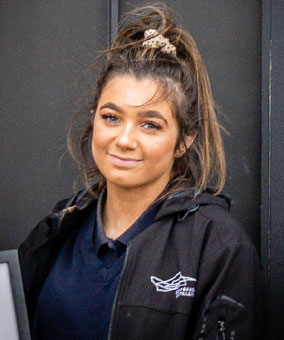 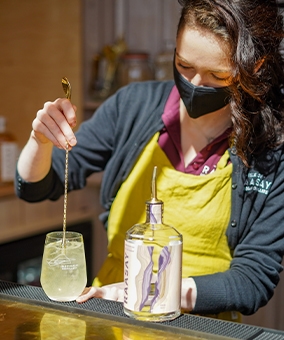 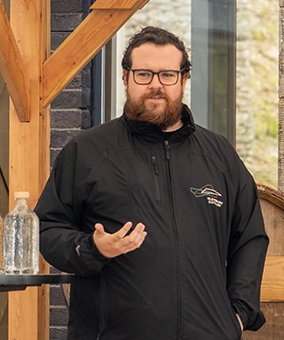 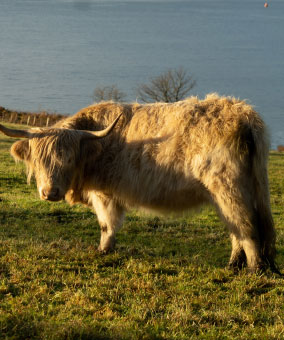 Become Part of Our Story

Slàinte Club members enjoy £5 off their first online order over £50, and are always the first to find out about new releases and stories from the island.

We are open Monday to Saturday all year round until the evening of Friday 17th December 2021.

Enjoy a warm island welcome at our award-winning visitor centre and whisky hotel, Borodale House. Discover our tour options and book today, or better still, wake up in the distillery for an unforgettable experience!